On 27 January, 1979, Ayatollah Ruhollah Khomeini - founder of Iran's Islamic Republic, the man who called the United States "the Great Satan" - sent a secret message to Washington.

From his home in exile outside Paris, the defiant leader of the Iranian revolution effectively offered the Carter administration a deal: Iranian military leaders listen to you, he said, but the Iranian people follow my orders.

If President Jimmy Carter could use his influence on the military to clear the way for his takeover, Khomeini suggested, he would calm the nation. Stability could be restored, America's interests and citizens in Iran would be protected.

At the time, the Iranian scene was chaotic. Protesters clashed with troops, shops were closed, public services suspended. Meanwhile, labour strikes had all but halted the flow of oil, jeopardising a vital Western interest.

Persuaded by Carter, Iran's autocratic ruler, Mohammad Reza Shah Pahlavi, known as the Shah, had finally departed on a "vacation" abroad, leaving behind an unpopular prime minister and a military in disarray - a force of 400,000 men with heavy dependence on American arms and advice.

END_OF_DOCUMENT_TOKEN_TO_BE_REPLACED 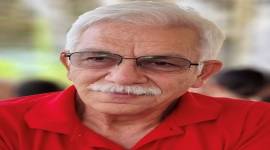